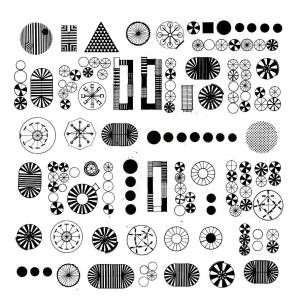 It’s no secret that we here at Sound Advice are big fans of the London psych five piece, TOY.

Last year of course the band released their brilliant debut self-titled full length, which was a Sound Advice favourite for 2012 (read our review). Prior to that we reviewed the band’s singles “Motoring” and “Lose My Way” and so we’re overjoyed by the news that TOY will be releasing their second full length album in December.

In the interim, TOY have unveiled the first single, “Join The Dots”, which is the title track from their upcoming album.

The new single continues on in much the same vein as their debut album once again showcasing the band’s exploratory arrangements, Krautrock-inspired motorik rhythms, as well as their uncanny knack for crafting ridiculously catchy vocal melodies.

“Join The Dots” sees the band ever refined in their vision and most impressive is the way that TOY manages to seamlessly thread epic psychedelic sections in, around and throughout this journeying but pop-precise tune.

The single is an absolute psych delight with layers of swirling guitar noise set against a groovy but steady bass line which holds it all together.

“Join The Dots” was released as a limited hand-stamped 7″ single (300 copies only) on 21 October, 2013 through Heavenly Recordings and has since well and truly sold out.  However, the band’s upcoming album of the same name will be released on 9 December, 2013.

Watch the video for “Join The Dots” below: