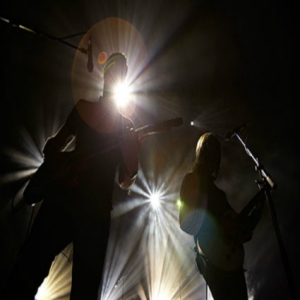 As an early Christmas present and as a thank you to everyone who turned out to see the band on tour this year, trip-hop/post-rock/progressive-rock legends Archive are giving away a free 4-song Live EP to download.

The tracks were recorded during their massive European tour earlier this year in support of their astonishing ninth studio album, ‘With Us Until You’re Dead’. The album spawned the singles “Violently” and “Hatchet” (read review), both expertly combining acoustic and electronic instruments to craft a lush and complex sound with tense emotions.

Live the songs contain a rawness and grit not heard on the recorded versions while retaining the fragility, beauty and layered sound complexities.

The weaving and journeying of “Interlace” showcases the band’s rock-y side, while the lush cinematic sound of the prog-rock “Pills” goes to another level live; its gorgeous combination of piano strikes, synths and soulful vocals combing to create an intense aura.

The previously unreleased “Black and Blue” is a gorgeous track highlighting the band’s trip-hop side. An electronic number containing buzzes and blips elegantly held together by Holly Martin’s stunningly soulful vocals.

Thanks to the size of the venues the band were playing in during the tour, the acoustic driven “Again” sounds even more atmospheric. Raw, emotional and powerful, “Again” is yet another example of the many facets to this band.

The Live EP can be downloaded for free from the Archive website.

Watch the video for “Violently” below: